All too often we’ll see a movie advertised and instantly know exactly how bad it’s going to be, exactly what kind of twist ending it’s going to pull off, or exactly how many times we’ll have to watch it with our grandparents at Christmas, all because of who’s involved with making it, be it producing, directing, or writing.

But what about those movies that sneak up on us? The ones that were made by people you would never suspect? Let’s not miss an opportunity to hate on those movies just because we don’t know who’s responsible for them.(Hint: we’ve got some very surprising Sylvester Stallone tidbits coming up.)

Hollywood exec #1: “Look guys, we’ve got this Saturday Night Live sketch about an unforgivably annoying person and the audience can’t tell if it’s a man or a woman and it’s so bad but we don’t know what to do with it or how to get rid of it.”
Hollywood exec #2: “I’ve got it. Let’s make it into a full-length feature film.” 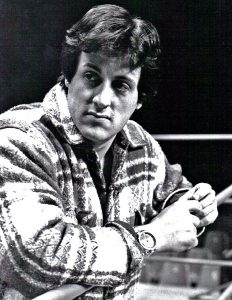 The man most known for his gory and violent films in which something awful always happens to Uma Thurman is the uncredited (but confirmed) co-writer of one of the worst movies of all time. He did it as a favor to his friend Julia Sweeney, who created the character of Pat. Somebody get this man a Greatest Friend on Earth trophy.

Music of the Heart

Look, no one wants to read a paragraph on Music of the Heart, so we’ll jump right to the surprise ending and tell you it was directed by horror movie mastermind Wes Craven. Yep. The man behind A Nightmare on Elm Street was also behind a nightmare of a different kind, the one where Meryl Streep gives violin lessons to a bunch of inner-city kids and everyone’s hearts grow three sizes and Gloria Estefan is there for some reason. Sickening, Wes. Just sickening.

To truly appreciate this, first you must know that Stayin’ Alive was the sequel to Saturday Night Fever. In just a few moments here your brain is going to try and trick you into thinking Stayin’ Alive is actually some sort of action flick you’ve never heard of but might be pretty good anyway. It’s not. It’s about disco. And it was directed by Sylvester Stallone.

Just one short year after knocking out Mr. T, Stallone did his best to guide John Travolta’s Tony Manero through the aftermath of disco fever. It was apparently just too much for disco-loving hearts to handle and the movie become a largely-forgotten flop.